Why is my radiator making a noise?

There are many natural reasons for noises to occur and transmit through pipes and radiators. While some are harmless, others should be taken as a warning of impending boiler problems.

Starting with the least serious, a lot of clicks and creaks are due to temperature changes. Almost all your plumbing system is metal, and metals expand and contract as they warm and cool. Most expansion is absorbed at bends and washers but occasionally it causes a lurch somewhere, sending a sound-wave through the system.

Expansion and contraction does exert some pressure on your joints but is mostly harmless.

Occasionally resonance develops when water flows through tight points such as valves. This produces pipe organ noises that can be surprisingly loud and alarming. It is most common when a cistern or tank is refilling. These noises are a warning of corrosion accumulating in pipes or valves and you need them professionally inspected. Specialists such as HPR can install a new boiler in Gloucester or elsewhere and can provide plumbing inspections throughout the region.

Many water systems are open to the atmosphere at certain points and occasionally suck in air. Air is also slowly released from the water itself or can be left in pipes after fitting work. When it moves you hear a gurgle.

If sufficient air builds up in the wrong place it can stop water flowing or prevent radiators warming efficiently, pushing up running costs. In extreme cases, air and sludge get into critical places like the pump and stop the whole system. This may require power flushing to fix. 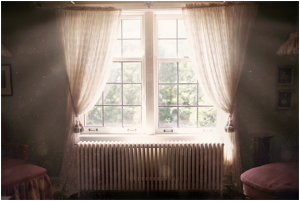 Radiators have bleed valves at the top to let you release air, but don’t confuse the sound of air bubbles with the following more serious problem.

Blocked or corroded pipes can cause boilers to overheat and water may even boil. If your noises sound like a kettle heating you have a problem. Deep rumbling or banging noises can also be caused by overheating.

The strain on the boiler will quickly wear it out. Kettling can also occur in the boiler itself. In either case, you need an engineer and possibly a new boiler. HPR can install a new boiler in Gloucester, Cheltenham or elsewhere in the Cotswolds.

Kettling is most common where there is hard water and early attention can often save the boiler.

Can Buildings be Made to Withstand an Earthquake?

Make your rented home feel like yours with 5 easy steps