With St Patrick’s Day 2020 fast approaching, it will be soon time to celebrate all things Irish. And what is more Irish than the symbol of the leprechaun? 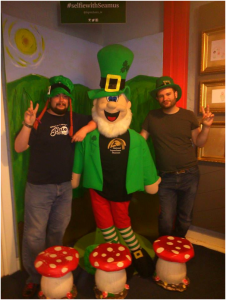 Synonymous throughout Irish history and folklore, Irish Central predicts that leprechauns first originated as far back as the 8th century and for many centuries people in Ireland and indeed across the world truly believed in their existence. 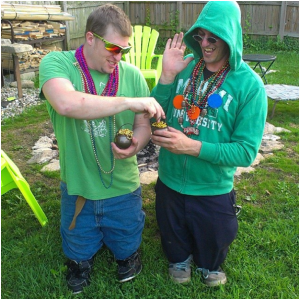 These days they only seem to appear in fairy stories (and when several thousand people dress up as them on St Patrick’s Day) but even so, this iconic figure in Irish culture has a long and rich history that you might not know about. Here are just a few lucky facts about leprechauns that you might not have heard of until now.

Thought to originate from a group of magical beings that served under the Gaelic goddess Danu, leprechauns are actually fairies despite their sometimes brusque appearance. People believe that fairies and other mythical beings inhabited Ireland long before the creation of man.

Shoe making and cobbling is thought to be the main vocation of a leprechaun. As such they are often thought to be seen carrying a tiny shoe hammer. And because of this, many people say that you can hear a leprechaun approaching due to the tap tap tapping noise they make.

Catching a leprechaun can be beneficial

Folklore states that anyone who is lucky enough to catch a leprechaun can barter for his freedom. The price they get is three wishes. But keeping hold of the mischievous creature can often be tricky and problematic in itself!

They can be red

Green is the colour of Ireland and leprechauns are often pictured in green clothing and hats but some stories depict them wearing red clothing.

They are protected under EU law

Believe it or not, Carlington Mountain is thought to be home to over 200 leprechauns and the EU has placed heritage status on the site to protect the inhabitants plus the wildlife of this sacred spot. A visit to this leprechaun lair could be an alternative idea for St Patricks Day gifts (https://www.shamrockgift.com/st-patricks-day).

There are no females

Perhaps why leprechauns are often seen as surly and solitary – because they have no female companions to keep them company!

The delights of the American Olympic Training Centre